The young staff member at HTS Group, Blake Carr, recently competed at the 2018 Oceania Melanesian Regional Championships in Vanuatu with a little help in sponsorship to fly him over thanks to HTS Group. 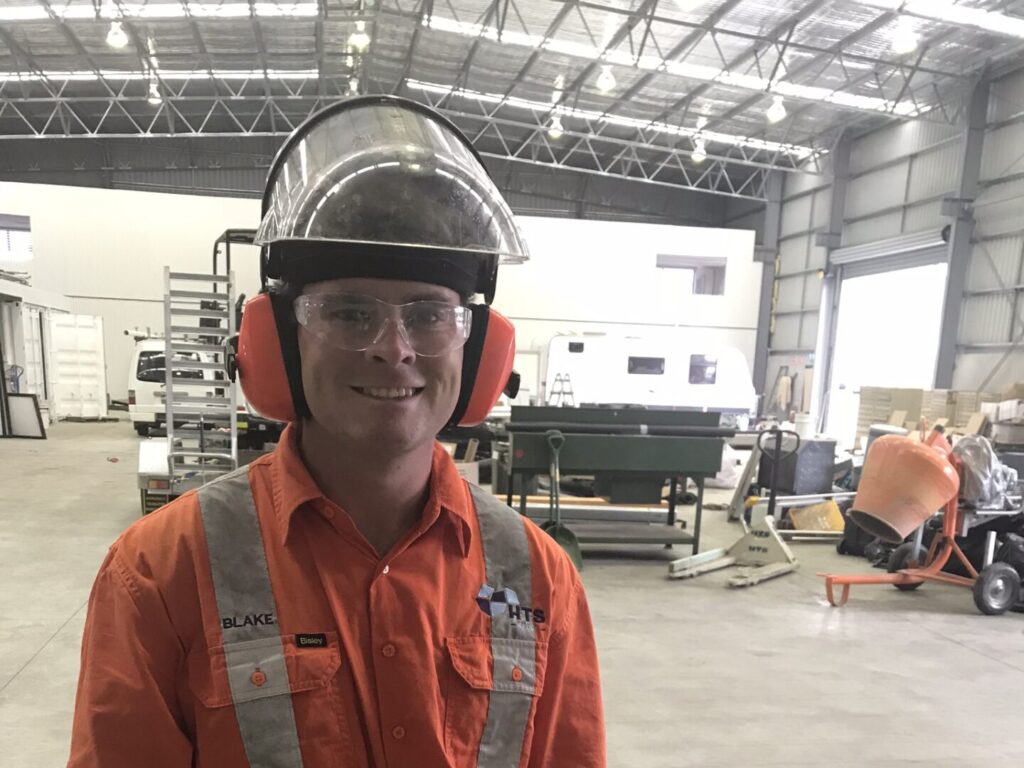 Blake went to the Para-games to compete in Discus and was placed in the Open Men’s division and still managed to place 8th. An impressive result. Blake has been competing in Athletics since 2011 and at a club level since 2014 including 100m, 200m and 400-meter running events.

He already has his sights set on competing in the INAS Global Games to be held in Brisbane during 2019. INAS is the International Federation for Sport for para-athletes with intellectual impairment.

Blake is really enjoying working at HTS “having an income has allowed me to pay entry fees for Athletics as well as covering my bills, while having some money for a social life is great too” and is thankful that Castle found him this opportunity.

Operations Manager at HTS Group, Craig Oldfield, comments on Blake “we always need workers that can listen and follow instructions and that are willing to get in and have a crack to get the job done and Blake has fitted in really well with the team and listens to his site supervisors. Honestly, we need more workers like him”.

Account Manager at Castle Personnel for Blake, Liam Wanless adds “It’s been fantastic to see Blake thrive in his role at HTS. Working casually has given him a greater sense of independence and allowed him to financially support himself in his athletics career. All of us that know Blake here at Castle are very proud of the discipline he has demonstrated in juggling multiple commitments the way he has. Feedback from HTS has been extremely positive and we are all glad he now has a sustainable role to fund his pursuits on the track!”

For over 25 years Castle has supported people with a range of disabilities to find open employment and reach their independence goals. With care and drive we continue to change lives and enrich the wider community.

Our services are provided throughout the Hunter and Central Coast regions of NSW.

We have the experience, expertise, problem solving skills and the multi-skilled teams to deliver safe, professional, and timely projects right across the country.